Since 2009 the Head of the ISM is Yemelianov V.M., the Doctor of State Management Sciences, professor, 1st rate government official.

Publishing activity at ISM is performed by publishing department that was created at Petro Mohyla Black Sea State University in 1997. At support of scientific activity of lecturing staff of ISM and scientific society, every year the publishing house of Petro Mohyla Black Sea State University issues monographs, textbooks classified by the Ministry of Education and Science of Ukraine, in particular specialized scientific publications.

The main publication of ISM is scientific and methodological journal “Scientific Works”, series “State Management” that was certified. The Publication has international standard number of serial publications ISSN 2311-1666.

In 2012 by common efforts of ISM a scientific publication “Public Policy and Economic Development” was established. According to a resolution of the District Court in Poznan City (Poland) No. 144/14/10 dated on 3, July 2014, it was enrolled into the list of newspapers and journals and has a status of international publication that highlights social political issues of the development of society and state.

The journal “Investments: practice and experience” a certificate of state registration of typing mean of mass information series KB No. 17597-644ПР dated on 29.03.2011. It was established in 2002 as a powerful scientific typing mean of mass information and highlights the following questions: theory of investments and investment development, general economic issues, mechanism of state management in different spheres.

Specialized Academic Council.The Specialized Academic Council (Д 38.053.03) was established at the Petro Mohyla Black Sea State University on the 23rd of February 2011 due to the Presidium High Attestation Committee Resolution No. 21-06/2 with the right to hold consideration and defense of theses to gain academic degree of Doctor of Science (Ph.D.) of State Management in specializations as follows:

In the context of the international cooperation the Institute of State Management collaborates with the Public Policy and Administration School at Carleton University whose representative is Professor Oliver Schmidtke. Academic Fellowship Program is a part of the Higher Education Support Program of the Open Society Institute, OSI. AFP aims at helping state higher educational establishments in post-Soviet countries to reform the principles and teaching methods of social and humane studies. 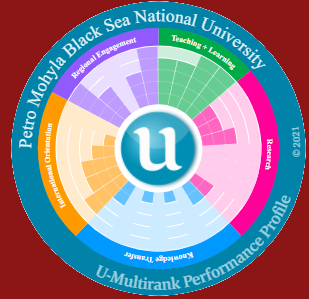